You are sure, aren’t you?

You know that America is cleansed of its racist past. Now that we have had a black President, and read Oprah’s magazine, we must be color blind.

You’ve seen the playing field, and it is level. You know that despite their zip code, everyone can grab the American dream.

It’s all a plain fact. 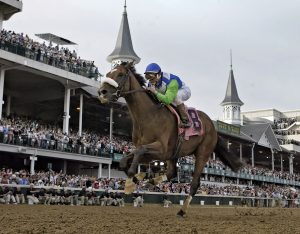 You have no doubts that it’s just a few bad apples.

You know the thin blue line is made up of heroes. Surely it is rare for any of these kind and noble souls to choke under the pressure trying to keep those thugs under control and protect the real Americans.

But can you possibly admit that there is much you don’t know? Can you admit that what you absolutely know may not be true at all?

Can you admit that you may not know what goes on the other side of the tracks, or in the loan office, or the real estate office, or the traffic courts, or the jail cells?

Were you there when the windows were shattered or the Molotov cocktail was thrown? Did you get a good look at the face? Did you hear what that officer shouted when he swung the baton, and shot the pepper ball? Did you feel the force of the body slam to the ground? Did you know if it was a Black Lives Matter thug or a Bugaloo Boy that started all the chaos?

I have to admit there is a lot I don’t know.

I thought I knew my own home town. But I had no idea what was going on while I was growing up.

I learned just how much I didn’t know today when I watched the Kentucky Derby televised from my hometown of Louisville.

First I was disappointed. I just wanted to have a pleasant time. I knew there would be no magnolias or rhododendrons blooming because of the postponement. I had heard that there would be no parades or steamboat races or fireworks leading up, or an infield on the big day with great crowds of mint julep swilling women in their outlandish hats. But there would be a day of racing on TV, and I could sit on my couch and dream.

Then I was worried, seeing the barricade fences and the armored cars, and knowing that they were precautions to ward off those pesky protesters. I just wanted to hear “My Old Kentucky Home,” and not people crying out, “Breonna Taylor.” “Those people” have a right, but aren’t they pushing it too far when they cast a cloud over the noble tradition of the Run for the Roses?

I was disappointed and worried. But then I was shocked. I heard that in 1962, when I was 15 years old, a black breeder and owner of a horse ran the Derby; but that man couldn’t be listed in the program, and he couldn’t be there to watch. No blacks were allowed in the stands!!

I was 15. My family and I had reveled in the Derby for years. My folks were at the track every Derby Day. We kids watched on TV. It was all a wonderful, grand party. We all bet on the race, sang the anthem of our state, drank in the excitement, ate Kentucky Fried Chicken. We read all the newspaper stories–knew the backgrounds of the horses. We knew all about it.

But I didn’t know blacks were not allowed to sit in those seats. I didn’t know how racist every moment of it was. Even today I can’t find out how many years the track kept blacks out—it’s not exactly a highlight of the news releases. It took some digging to learn that blacks were very much the heart of horse racing until the early 20th century when this whole nation turned bigoted, and black jockeys and trainers were literally run out of the sport. How was I to know?

So, is horse racing racist today? Is Churchill Downs? Is Louisville, or Kentucky? Are the police? Is this nation racist? Are there just a few bad apples, or were a bunch of worms dropped in over many decades and are they eating their way through the whole barrel?

I must admit, I don’t know. There is a great deal that is hidden from my eyes. It’s whispered, not shouted from the rooftops. It’s in the fine print. It’s under the rocks and under our skin.

FIND ALL OUR PANDEMIC BLOG POSTS BY CLICKING ON THAT CATEGORY IN THE LIST TO THE RIGHT OF THIS PAGE.

John is a retired pastor of the Evangelical Lutheran Church in America who has served congregations for over 40 years, including in rural, suburban, campus ministry and urban settings. His love of Border Collie sheepdogs has been fortified by his many friendships with shepherds all around the world. Nothing he has ever or will ever accomplish is as significant as the patience God, his wife and his friends have shown in putting up with his deficiencies.
View all posts by John →
This entry was posted in Featured, John's Posts, Pandemic Blog and tagged Breonna Taylor, horse, jockey, Kentucky Derby, Louisville, racing, racism, systemic racism. Bookmark the permalink.

5 Responses to Admit It!