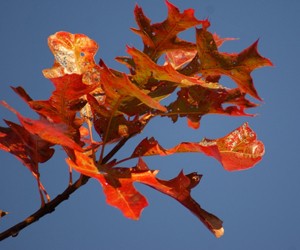 Autumn is a time for awakening on Heatherhope Farm. Photo by John

Surely, not if He tried, could God have poured out more awakening on me this very morning.

My back was indeed hitching with stiffness as I rolled to erect, and shuffled to feed the cat, and pull on my trousers and boots.

But then I opened the starting gate for the cavalry charge of Spot the bone grabber, spinning Hector, smooth  Abbie and bounding Bess, and leaping, Old Man Cap, and ever grateful Nell and precisely slashing Betty and licking, leaping, laughing Zac.

Glorious rest had cleared away the cobwebs of sleep-deprived yesterday. Glorious dome of cool-blue sky enveloped Creation; and I pedaled my bike, chugging along with my cavalry, past the barn, around the bend to the long line of trees.

Then, above, came the happy heralds of autumn—the hundred tones of honking geese. “Follow me, we have things to do! No this way, over here!” I could hear them coming—wave upon wave–and each time I peeked upwards until each phalanx gained on my downhill speeding bike, and left me in its wake, heading west. Never south, as we might expect, but off in the morning somewhere to dine, and then back again to that happy open-water winter home of theirs just to the east of our little farm.

And when the dogs and I turned the corner we could hear, to the further west, a convention, a rock-concert of honking, and there was a cloud of geese rising and swerving about—a deafening, exuberant, ambitious, almost super-natural awakening of goose-honking unleashed on slumbering Sycamore. The vast cloud of them on the horizon swept and shape-shifted upwards.

I stopped the bike and marveled.

The sheepdogs about me kept to their inhaling of the world—their rolling on the good earth—their bowing and pouncing and otherwise reveling in their own miracle bodies. They were unimpressed, accustomed as they were to the pulsing of excitement that flowed forever through their very own veins.

They wake up alive always.

John is a retired pastor of the Evangelical Lutheran Church in America who has served congregations for over 40 years, including in rural, suburban, campus ministry and urban settings. His love of Border Collie sheepdogs has been fortified by his many friendships with shepherds all around the world. Nothing he has ever or will ever accomplish is as significant as the patience God, his wife and his friends have shown in putting up with his deficiencies.
View all posts by John →
This entry was posted in Border Collies, Farm Diary, Featured, John's Posts and tagged autumn, Border Collies, exuberance, fall, geese, Sheepdogs. Bookmark the permalink.